Built in Conflict of Interest?

The buzz in School Reform Redux under Arne Duncan and the Obama Administration is to hold teachers accountable for the job they do.  (Nobody else has been held accountable lately--memos change 'torture' to 'extreme measures', ponzi schemes on wall street, underhanded realtors push adjustable rate mortgages on uneducated buyers--but teachers are a special breed and should be held to a higher standard.)
Ok, ok, no whining here.  No one likes an ineffective teacher less than I, so we should have some method of ensuring that teachers are earning their salaries.
But are student test scores the right way to go?  There have been many arguments that there are too many variables in student abilities to hang all the outcomes on a single teacher.
But there could be other arguments against this method.
A local story got me thinking.  Tying raises and advancement to student achievement could build in a conflict of interest - the teacher's self-interest trumping what is best for children.
The local paper reports that a stellar athlete has chosen to sit out the spring season of her senior year.  She wants to avoid running regular weekly races that would interfere with a different sort of training.  Her - now former- coach declined to comment.
There may be many things going on in this story that have gone unreported and I have no idea what the many reasons are that she is not running or why the coach won't comment.
But I could understand that a coach might be frustrated in losing a top athlete at the end of what has been a very long career shared by the two.  Perhaps this is the year she would drag the rest of the team with her to states-and reward the coach for the years of sustained support.  But suppose it IS the best thing for the student - developmentally and over the long haul of a sporting career.
Therein lies the problem.  A coach interested in building a reputation on the performance of an outstanding athlete may be tempted to use his considerable influence to counsel a student to stay to meet school goals over student individual goals.
Teacher reputations are often made in just such a way - when a gifted student performs at their peak for a teacher or coach.
If we institute a system where teachers are measured against student performance--and tie bonuses, raises, and new positions to such a system--in addition to already documented cases of cheating tied to meeting strict percentages, we could see an explosion of the exploitation of children.
There are many ways to motivate people to produce results (torture-for instance).  Some can produce long-lasting damage.
In the main, teachers are great people, but they are people, and most human beings act in their own self-interest first.  See Campbell's law.
We'd better be sure we get this right before tying big stakes to narrow, one-dimensional measurements.
Posted by Mary Tedrow at 6:19 PM 2 comments:

Lucinda Roy has a new book out No Right to Remain Silent: The Tragedy at Virginia Tech. I remember her well.
My son graduated with an English degree from Tech in 2006, the year before the tragedy. Roy was serving as the department chair and was a spirited, entertaining, and witty speaker. I liked her right off, recognizing a humanitarian who clearly loves young people.
Her part in the tragedy was to have tutored the shooter, and to urge everyone she could find - and him- to get help, because he was clearly in a frightening psychological place.
Having failed at that -- marshaling other adults and professionals to rally around a young man in trouble -- her reward is to have her nights haunted by sleeplessness and the guilt associated with not being able to ward off a tragedy.
It could have - could - happen to any educator.
I have a pin my sister gave me, which, tongue in cheek, reads: "I'm a teacher. I know what you're thinking."
But, if you read the writings of students like Roy has done, that can be true.  And occasionally it is clear that a student is struggling with mental illness.  In the K-12 world resources are extended to the classroom teacher to help these students, and their families if necessary, and it can be as easy as filling out a form or picking up the phone. But because you cannot prove a negative, we don't really know how many tragedies have been avoided.  We only know when things go horribly wrong.
But when things are working -- and nothing bad is happening -- its really hard to argue for some of these costly positions.
One student from my past had the kind of selective  mutism Roy describes in the Tech shooter. Very early in the year the school psychologist was brought in to work with my student and the family.  Tragedy avoided?  We don't really know.
I do know this.  The next year our school psychologist position was cut.  My immediate concern was the end or reduction of resources for this situation.
A school should be a hub of resources making life better for all the students - social work, psychological resources, dentists, clothing closets, meals, you name it.  By law, we know where those students are at least part of the day.  That is the time to make intercessions.  When students reach the age of majority, we have less opportunity to interfere in mental and physical health.  That choice is left largely to the discretion of the patient - a patient who may be in no position to make a rational decision.
The irony is that when nothing is happening, things are working.  It just isn't always easy for those outside the school to see what it is that isn't happening.
But if you drive by a quiet, orderly school each day, where nothing ever happens, we thank you for your support.
Posted by Mary Tedrow at 9:12 PM No comments:

Brain research might just make my job obsolete. A stunning article in the New York Times reveals that scientists have been able to erase memory by the injection of a drug in lab rats. The scientist offered that this treatment would be helpful in removing debilitating traumatic memories or the influence of addiction on memory.
Would be kind of a bad thing in the wrong hands......
Then on the radio I hear the results of a huge marketing research project on how we are manipulated to buy products through our senses.
For instance, the smell of fresh cut grass pumped into a retail outlet makes buyers yearn for the products of their youth.
I SO get this. On my daily walks that cut-grass smell always takes me back to Saturdays on Grant Avenue. Add a little sunshine and I get a craving for Lik-'m-aid and comic books bought in the Kensington drug store.
So, all these studies circumvent cognition.
Who needs to think anymore?
What me worry?
About test scores? 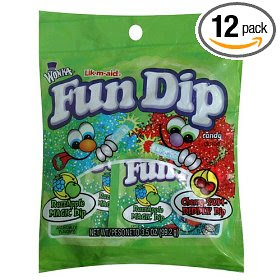 Swimming in a Sea of Politics

Yesterday I swam a mile, I think. I lost count. It takes 64 lengths to reach a mile. I was swimming really hard and really fast but I lost count on account of my current count of the number of times I've been duped by countless, dirty, lowdown, no good, no count politicians.
It was a good thing to have that physical outlet. It put the latest insult to rest for the afternoon at least.
The spigot of money for schools has opened and is just as quickly being siphoned away by localities and for that I feel like, you know - duh - did you really think that anything would change?
It appears that all over a similar scenario is playing itself out.
Schools were asked to prepare budgets by their governing bodies which reflected huge cuts.
Said budgets were prepared, cutting out essential and non-essential personnel, supplies, transportation, summer school, etc. etc. All salaries were frozen (but not the health insurance premiums). Some teachers have even voluntarily taken pay cuts so that positions won't be lost. We're all in this together. Things are tough all over. Take one for the team. Play nice. Be fair.
Then the amounts for the local stimulus packages were announced.
Governing bodies returned to the schools to request more budget cuts beyond the first go-round, which in many cases, coincidentally - match the amount of funding about to be released.
Huh? Now who's playing fair?
Things were supposed to be different this time around.
This time we were going to put our money where our collective mouths are and make sure that kids don't pay for everybody else's mistakes.
Ha!
Have you ever met a politician who didn't run on an education platform?
Have you ever met a politician willing to do the hard work and make sure that initiatives and the will of the people are funded, even if it means raising taxes?
Pfff! For those of us in Virginia who are old enough to remember, that's how we got our Lottery tickets. All the money would be for schools! Yeah! Who wouldn't want that?
All the money went in the General Fund and from there.....to every pet project but schools. AND - overwhelmingly it is the poor who buy those tickets and then send their kids to underfunded schools. Brilliant. Imagine buying a dream like that.
And now, stimulus money = general fund. Let the shell games begin!
I feel another 64 lengths coming on. Posted by Mary Tedrow at 1:21 PM No comments: